This is the second of three articles in a series DAMA is running on data ethics, during Q1 2021. The themes of which are derived from DAMA’s chapter on data handling ethics in DMBoK2. Article number one discussed how a minimum level of data governance maturity is needed before an organisation can work with data ethics in any meaningful way.
How, or rather, by whom this effort of ethics could be initiated, is the subject of this second article.

Where we left off
First thing first, let’s get the obligatory recap out of the way. Data ethics entails how organisations manage their data, beyond what is required of them from a regulatory perspective. As organisations’ reservoirs of data increase in both sensitivity and complexity, so too do the standards to which their data handling practices are held to. Regulatory bodies, the public and other stakeholders keep a watchful eye on how data is procured, managed, utilized and finally disposed of. Such scrutiny forces organizations who wish to possess the goodwill of their surroundings, to put data handling ethics on the agenda in a real way.

That answers what and why, which leads us to how. How can and should data ethics be put on the agenda, from where should the effort be made and, perhaps most importantly, by whom?

DNB – A use case
DNB, Norway’s largest financial institution, were asking themselves these very questions a few years ago. Their sheer size and role in modern society and more importantly combined with the sensitivity of the data they possessed demanded it. 200 years of operation, acquisitions and major transitions like an industrial revolution or two, left DNB with vast amounts of data, at times messy data. Faced with the onslaught of GDPR and increased pressure on ethics beyond compliance, this entropy could be tolerated no more.

Being the powerhouse that they are, DNB has the resources to put behind whatever they put their mind to. Still, it takes time to turn a ship this size around. But they managed. They made data ethics a priority and made it a natural part of key discussions and decisions. And they did so with the help of some key players. All of which makes their journey an ideal vehicle for the narrative we now wish to impart. A story of how organizations can achieve accountability and consciousness through initiative and ownership.

Ildsjel
Hygge has had its day in the sun, It’s time for a new conceptual and linguistic export from the Scandinavian peninsula. Let me introduce to you, its successor, ildsjel. Literally translating to ‘fire soul’, an ildsjel is someone who inhabits a deep passion for something, anything. What separates an ildsjel from your average enthusiast is that the former will go out of their way to further an idea, champion its interests and fight its battles, when no one else will. And they will do so without being appointed nor applauded.

DNB was lucky enough to have one such individual in its ranks. Aiko Yamashita is a senior data scientist who is convinced that technology is having an unprecedented impact on society. As she puts it herself, being a tech worker, she’s at ‘…the frontline seeing all the good and bad things that are happening because of it.’ Her position also grants a seat at the table where decisions are made regarding how key technologies are put to use. Which makes her realize that she and her ‘…fellow technologists do have a tremendous influence, and therefore a tremendous responsibility.’ Aiko is adamant that this responsibility is shared, and that everyone in an organization has to drive data ethics, but at different levels. According to Aiko, a definite will and mandate needs to come from the top, while the culture itself has to develop at a grassroots level.

Aiko’s 4
When describing the initial hurdles she faced when first addressing data ethics in her organization, she laid out a few ingredients. Ingredients which we liberally combined to make the following recipe, for any aspiring data ethics ildjsels out there.

All aboard!
So why doesn’t this article end here? The flag has been raised, knowledge shared and consciousness attained. Success, right? Well yes, but the challenge now is maintaining this newly harnessed cognizance and momentum for long enough, enabling it to infuse strategy and more importantly, culture. In an organization of DNB’s size and complexity, this responsibility can’t rest on the shoulders of an ildsjel alone. A dedicated and centralized mandate is needed, at least for a while.

More and more companies are realizing this, and DNB became one of the Norwegian pioneers when they made Tron Jønmyr their first ever ‘Section Head of Data Ethics,’ in 2020. Data ethics was already incorporated in DNB’s data governance section when Jønmyr ascended this role. However, it was one of their many responsibilities and lacked the focus and direction needed to be addressed in an efficient and meaningful manner.

Decentralization through centralization?
Jønmyr’s role is in many ways a formalized continuation of Aiko’s. Her self-appointment as a change agent fueled the emergence of a culture that allowed for the promotion and addressing of data ethics principles at a higher level. Jønmyr’s role is a result of this work, and brings with it a centralized mandate to function as a pivoting point within the organization, leveraging data ethics throughout DNB, its departments and processes. He doesn’t need to be an expert himself, but ‘…understand enough to fight for his team, and give them the framework necessary to deliver,’ as he puts it himself.

Most interesting perhaps is Jønmyr’s argument that one must first centralize ownership and competencies to decentralize them over time. The goal is in other words not to manage data ethics centrally, but rather spearhead its efforts and act as a driver for change in the extended organization. It might seem counter-intuitive to appoint a centralized resource when the end game is to decentralize ownership and accountability in an organization. But to get there, one needs a certain level of maturity and competencies at an organizational level.

For this to take place, the issue at hand must first be illuminated before one pushes for cultural change. Hopefully, through perseverance from initial change agents, the organization follows suit by cementing its place in strategy, framework and policy. Combined, these steps allow for data ethics to become an integral part of the organization’s ‘backbone’, and from there branch out in the organization.

Jønmyr’s 4
It’s a never-ending journey, but DNB are on their way. And en route, Jønmyr has reflected upon some key deliberations and actions a ‘Head of data Ethics’ type of role should consider.

«…Don’t wait until everything is ‘ready’ or ‘perfect’, start where you can, and involve people who are skilled and genuinely interested in the topic to start driving change.»

Sign up to DAMA’s Data Nugget to be notified of the last article in this series, as well as other great content from DND/DAMA Norway, straight in your inbox. 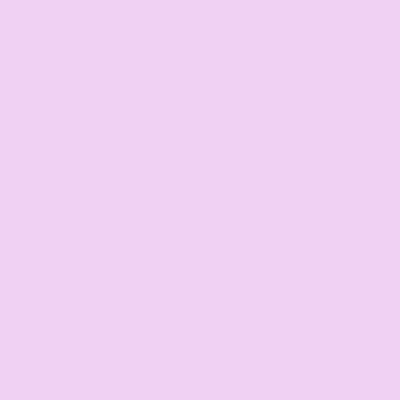